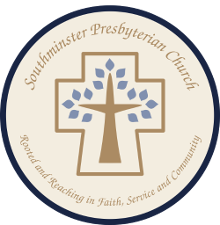 Christian is Pastor and Head of Staff for Southminster Presbyterian Church (U.S.A.) in Waukesha, Wisconsin, as well as the Stated Clerk of the Presbytery of Milwaukee.

Ordained a presbyter and set aside for the ministry of teaching, preaching, and celebrating the sacraments by the Presbytery of Mid-Kentucky on behalf of the whole PC(U.S.A.), Christian is an experienced pastor, spiritual director, and a Benedictine oblate, ministering as a servant leader in Christ’s Church for over 16 years. Christian has worked as a designated pastor with congregations in transition, as well as the chief ecclesial officer for the Presbytery of Ohio Valley (southern Indiana), before taking the staff position at of the Presbytery of Giddings-Lovejoy (St. Louis metro) as the New Church Development Pastor designated to the New Creation congregation in O’Fallon, IL.

In addition to being our Pastor and the Stated Clerk of the Presbytery (one of the two chief ecclesiastical officers), Christian serves on the General Assembly of the Presbyterian Church (U.S.A.)’s Advisory Committee on the Constitution, and the Episcopal Presbyterian Ecumenical Dialogue toward full communion. He is also Chancellor and Asst. Chaplain for the Priory of St. John the Baptist (SMOTJ), a National Certified Professional in Mediation, Certified Development Executive (NANOE), and a Public Arbitrator with the Financial Industry Regulatory Authority.

In the area of unique honors awarded, Christian has been conferred the dignity of Knight Commander of the Equestrian Order of Michael Archangel by HRH Prince Gharios El Chemor of Ghassan Al-Nu’man VIII for supporting Christians at risk in the Middle East, as well as and the dignity of Knight Grand Cross in the Royal Order of the Golden Fire Dog by HM Oheneba Nana Kwame Obeng II for his support of the development of the traditional kingdom in Ghana. For his contributions to the Christian faith, ecumenical and interfaith endeavors, and to society in general, Pastor Christian was accepted by HM Sultan Ampun Muedzul-Lail Tan Kiram into the Royal and Hashemite Order of the Pearl of Sulu and conferred the rank of Distinguished Companion (DCPS) in the Order. For his historical scholarship in the area of Episcopal and Presbyterian ecclesiology, he was elected a Fellow of the Society of Antiquaries of Scotland. Christian serves as Royal Ordinary Chaplain to His Majesty The Omukama, Agutamba Solomon Gafabusa Iguru I, Royal House of Bunyoro-Kitara Kingdom (Uganda) and Honorary Chaplain to the King, Ecclesiastical Household of the Royal House of the traditional Kingdom of Sefwi Obeng-Mim (Ghana).

Christian grew up in southwest Missouri and is a graduate of Truman State University in Kirksville, MO. He earned a Master of Divinity from Louisville Seminary, and Doctor of Ministry in Congregational Mission and Leadership at Luther Seminary (St Paul, MN). He also holds post-grad certification in Mediation Skills from Northwestern University and Legal Studies from George Mason University.

Last, but not least, Christian is married to Dr. Karen Selbert, whose ministry is as a veterinarian with an emphasis on urgent care and animal behavior. She is part of the veterinary team at West Allis Animal Hospital. Together with Christian and Karen have eight fuzzy, four-legged children (Douglas the Border Collie, Brenna the Greyhound, Teig the Border Collie, Helen the Borzoi, Emily the Whippet, Oengus the Border Collie, and the dangerous-duo cats, brother and sister, Joshua and Coralline).